Based on Ancient Atlantean and Essene Wisdom

março 09, 2010
The Angels of Atlantis workshop provides the knowledge and corresponding techniques to work specifically with the Atlantean and Essene Angels, the Archangels and one's own Guardian Angel as conscious divine forces.

The angels' task is to assist humanity to reconnect with its origin. However, most people in today's age of reason have difficulty believing that angels are real. And if even if they were real, most people have difficulty believing that they would intervene on a personal level. Certainly they must be focused on matters of much greater importance. Therefore, very few people ask for their assistance. Angels are in service to humanity. But they are not allowed to interfere with our free will. This means that if we do not ask for their assistance, they are not allowed to offer it. The purpose of this workshop is to enable the angels to occupy a more active role in our daily lives.

The techniques offered in this workshop were practiced during tens of thousands of years in the earliest age of Atlantis, a period of time when angels guided humanity. They were later practiced among the Essenes, a small community located in Palestine, among whose members was Jesus. The Dead Sea Scrolls discovered in Khirbet Kumran in 1947 include clear references to what they called "the science of Angelology." The Bible also includes accounts of angels communicating to individuals of all walks of life. The phrase "and there appeared an angel..." can be found throughout the Old and New Testaments (i.e. Ex 3:2, Judges 6:12, Lk1:11-20, Acts 12:6-11).

One method of angel communication used by the Essenes is called communion with the angels, in other words, the incorporation of an angel into one's body. The accumulated affects of these communions enabled the Essenes to obtain the optimal evolution of mind, body and spirit. This system is described in Aramaic and Old Slavonic texts (from the third century AD), translated by Dr. Edmond Bordeaux Székely. The communion with angels will be explained and practiced in this workshop.


The twelve Royal Angels enjoyed a special position within the Atlantean and Essene communities. Daily communions with the six angels of Heavenly Father and six angels of Mother Earth was the most important activity of the Essene way of life. According to the Essene Book of Creation, translated from ancient Aramaic texts (3rd Century) by Dr. Edmond Bordeaux Székely, "the essence of the communions with the angels of Mother Earth and angels of Heavenly Father was inscribed on the first two tablets originally received by Moses on Mount Sinai."

Another system for working with the angels allows us to invoke their assistance for a specific purpose. Workshop participants will receive a "book of seals" (a glossary of 100 angels with their symbols and a description of their function). The ceremony used to invoke the assistance of these angels will be practiced and explained during the workshop. With this glossary as a reference, a wide variety of possibilities become available. This system allows us to more easily manifest our goals, heal our physical ailments and assist others in ways that cannot be imagined.

We have received hundreds of e-mails from people throughout Spain and England sharing with us the amazing results of the angel invocations and how this workshop changed their lives.

During the workshop we will celebrate an ancient Atlantean healing ritual and the Ritual of Liberation. These rituals facilitate direct communication with the angels.

Upon completion of the workshop all participants will receive a diploma accredited by ESSENIA.
The Angels Of Atlantis 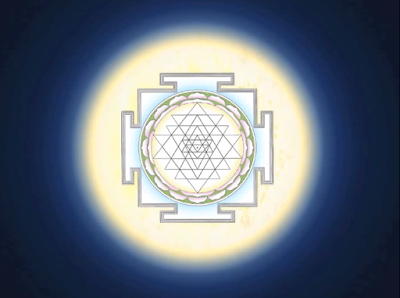 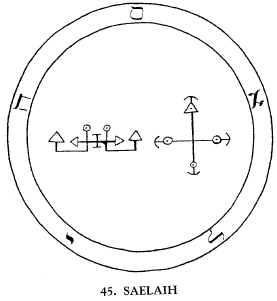